Although radar altimeters have proven a valuable tool for monitoring ice sheet mass imbalance, their application to this field of study has a number of limitations. One of the principle challenges is presented by the relatively large ground footprint of conventional pulse-limited radars, which limits their capacity to make reliable measurements in areas of complex topographic terrain. Regions that are particularly challenging include the margins of the ice sheets, the smaller polar ice caps, and glaciers in more mountainous regions, such as across the Antarctic Peninsula. Often these areas are where the greatest glaciological changes are occurring and so this has proved a key difficulty for complete assessments of ice mass balance based on radar altimetry alone. 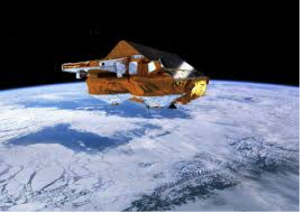 In April 2010, CryoSat-2 became the first scientific SAR altimeter to orbit Earth. The satellite, which was designed with a cryospheric focus, utilises SAR processing to improve the along-track resolution to ~ 400 m and so addresses some of the limitations of previous pulse-limited radar altimeters. Additionally, CryoSat carries two antennas mounted across track, which enables interferometric capability and more precise echo location in the across-track plane. The data acquired by CryoSat during the past four and a half years has demonstrated the improvements offered by a SAR interferometric system over the ice sheet margins and across smaller ice caps. To date, these acquisitions have been almost entirely in SARin mode, with SAR mode reserved for water and sea ice surfaces.

The novel SAR and SARin data acquired by CryoSat-2 have laid the foundations for, and demonstrated the potential of, Sentinel-3, which is now a global SAR mission. Sentinel-3 will be the first satellite to systematically acquire SAR altimetry data over both coastal and inland regions of the ice sheets. As such, there remains some uncertainty relating to the performance of SAR altimetry relative to ice sheet studies, and also the opportunity to better optimise processing methodologies to suit ice sheet surfaces.

The SPICE project is funded by ESA under the SEOM programme.